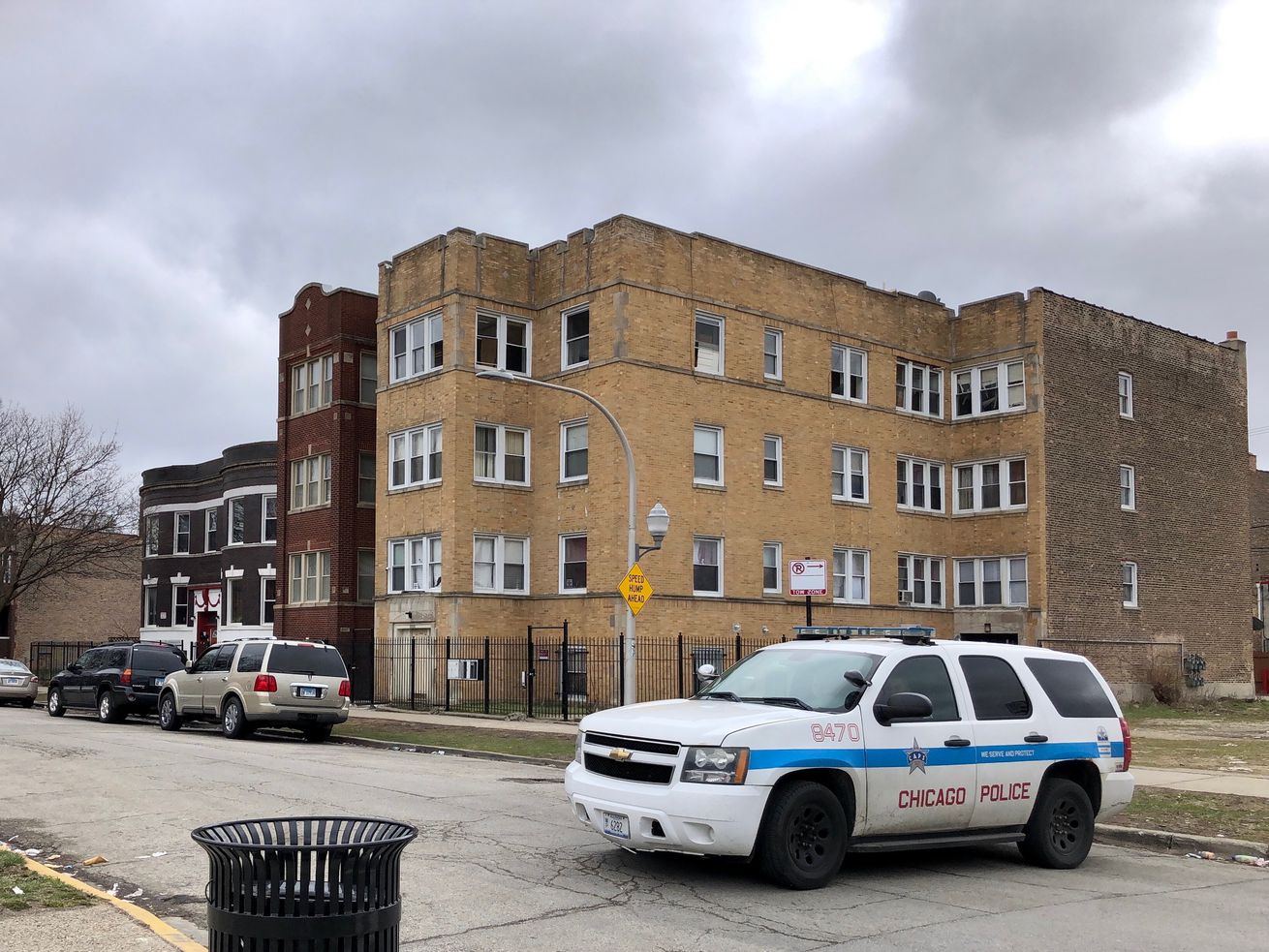 A Chicago police SUV sits at the entrance of the 3900 block of West Van Buren Street on Tuesday afternoon. | Sam Charles/Sun-Times

Police were instructed to check the ID of anyone who tried to enter four blocks, but several officers said they were hesitant to follow those orders out of concern they were not constitutional.

Some Chicago police officers Tuesday were assigned to check the identification of anyone who wanted to enter four historically violent West Side blocks in an effort to tamp down gang gatherings.

Under the order, issued by Harrison District Cmdr. Darrell Spencer, only people who live on those blocks would be able to enter them.

Several police officers said they were hesitant to follow those orders out of concern that the directive was not constitutional.

“I don’t want to be in a courtroom six months from now because someone with a video camera decided to sue all of us,” one officer said.

“Essentially, we are showing a police presence but that’s it,” said another.

In other areas of the Harrison District where the order was not in place — including a stretch of Chicago Avenue — drug dealers were openly selling to customers as police cars drove by.

Chicago police spokesman Anthony Guglielmi said the order was made in an effort to disrupt the area’s open-air drug markets and would remain in effect for as long as it was needed.

According to police sources, officers from the Harrison District and other units that are based in the Homan Square police facility were told to monitor the following blocks, all of which have histories of gang and drug activity:

“Following 89 dispersal orders in the 011th District on Monday alone, the Department temporarily closed certain streets as part of a strategic and public health effort to disrupt the open-air drug market in the area and prevent excessive gatherings of people,” Gugliemi said in a statement. “During this time, only residents who reside on the streets are permitted to enter while others are directed to alternative routes.”

Ed Yohnka, a spokesman for the American Civil Liberties Union of Illinois, said the order “raises constitutional concerns about limiting people’s movement and requiring people to ‘show papers’ to travel within Chicago.”

“If the CPD is addressing criminal behavior, there are other ways to address those concerns without asking every person [to] show an identification card to enter their own block,” Yohnka added. “Our current public health crisis should not be used as cover for heavy-handed policing targeting communities of color.”

Around 1:30 p.m. Tuesday, two uniformed officers sat in a police SUV that was blocking eastbound traffic on Pulaski Road near Van Buren Street. The officers declined to speak with a Chicago Sun-Times reporter when they were asked how many people they had stopped to ask for ID.

On March 25 — a day in which 12 people were shot citywide despite the stay-at-home order — a man was shot and wounded in the 1100 block of North Monticello Avenue. And in late January, a 16-year-old boy was among three people shot in the 3800 block of West Gladys Avenue.