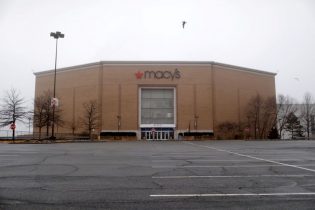 The company’s shares have plunged more than 70% so far this year, leaving Macy’s with a market value of $1.52 billion as of Tuesday’s close, according to Refinitiv IBES data.

“Macy’s has a market capitalization more representative of the small-cap market space,” S&P said, adding that the company would become part of the S&P small-cap 600 index, effective April 6.

Macy’s will be replaced in the S&P 500 by air conditioning company Carrier Global Corp <CARR_w.N>.

Carrier was spun out last month by United Technologies in a bid to shed assets to complete its merger with Raytheon Co <RTN.N>.

That deal is expected to close on April 3.

Raytheon will be replaced in the S&P 500 by United Technologies’ elevator unit Otis Worldwide Corp <OTIS_w.N>, according to a statement from the S&P Dow Jones Indices.

(Reporting by Shariq Khan in Bengaluru; Editing by Sriraj Kalluvila and Aditya Soni)